Gov. Kevin Stitt sees new gaming compacts reached with two Oklahoma Indian tribes as progress in a legal dispute with several other tribes. Those tribes, Oklahoma’s attorney general and legislative leaders do not share Stitt’s optimism, a sign that this impasse is far from over.

Under the compacts, the tribes pay the state an “exclusivity fee” of 4% to 6% on Class III games such as slot machines, and 10% on table games. Tribes paid more than $148 million in exclusivity fees in fiscal year 2019. Stitt wants some tribes to pay considerably higher fees; the tribes say the present arrangements are fair to all parties.

On Tuesday, Stitt announced he had reached deals with the Comanche Nation and the Otoe-Missouria Tribe, two of the tribes involved in the lawsuit. They would allow each tribe to put casinos at three new locations, and let them conduct sports betting and e-sports betting.

Fees paid for Class III gaming would be similar to current rates. However, the tribes would pay higher exclusivity rates at their new locations, which are expected to generate more revenue than their existing casinos. In addition, the new compacts would require at least 45% of the tribes’ electronic games to be Class III games.

Stitt called Tuesday’s development “a historic day for the state of Oklahoma and for our tribal partners who are here with me today.” The chairmen of the two tribes celebrated the agreements. But Attorney General Mike Hunter said he did not believe the agreements were legally sound.

Hunter said only gaming activities authorized by the state Tribal Gaming Act may be included in tribal compacts. “Sports betting is not a prescribed ‘covered game’ under the act,” he said.

Without that involvement, Morgan said, the governor “has entered agreements based on a claim of unilateral state authority to legalize sportsbook, to revamp the Oklahoma Lottery, and to authorize new gaming facilities in Norman and Stillwater, among other places. That’s simply not the law.”

He added, “At the end of the day, I suspect his actions have not helped matters for anyone.”

Last month, a federal judge cited the COVID-19 pandemic in extending a mediation deadline to May 31 from March 31. Stitt mentioned that Tuesday, saying he was “hopeful that we can and should accomplish more over the next few weeks.” Reaction to last week’s development would indicate the odds of that happening are long indeed.

ENID – Funeral service for Joe Stubbs, 92 will be 2:00PM Saturday at Anderson-Burris Funeral Home Chapel. Burial will be in Memorial Park Cemetery. Visitation with the family is Friday 4:30PM-6:30PM at the funeral home. www.andersonburris.com

ENID – Funeral services for Candy Warner will be held 10:00 am, Friday, July 10, 2020, at Ladusau-Evans Chapel, with her brother Gene Long officiating. Services are under the direction of Ladusau-Evans Funeral Home. 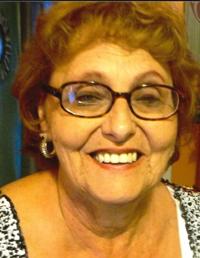 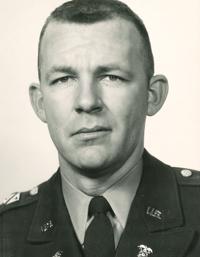 Welcome Kiowa Has It All With more than 800 slot machines and nearly one dozen table games, two unique restaurants and the friendliest service in the state, Kiowa Casino & Hotel is your entertainment destination. Hotel Now Open! Our hotel and casino are conveniently connected, letting you get the most out of your experience. Unwind […]